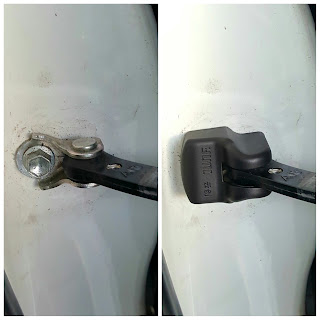 I recalled then when I had my Lexus GS300, Toyota paid extreme attention to detail, refinement and finishing. Nothing from the cabin interior to the doors and hinges were left bare and uncovered. It was like the word 'crude' was forbidden in the dictionary of the luxury car giant.

Well, unfortunately, this was not so for the Toyota GT86 where the ultimate goal was to produce a lightweight sports car that would outperform most at a reduced price tag.

So as usual, much could be done to refine this boy toy and if you have been following my DIY posts, some improvements can be realised at low cost. 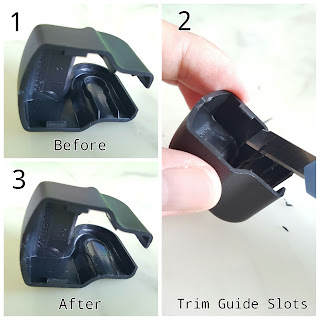 Thanks to the internet, I got these plastic door hinge covers at USD10 for four pieces via Ali Express (inclusive of international shipping). The joke was that the GT86 had only two doors so I reckoned that these covers could be used across most Japanese vehicles too. I mean, these standard door hinges should all come from the same OEM right?

And so, the usual advertised motherhood statement "For GT86" applies which resulted (by no surprise) with some minor DIY alterations again for the covers to clear the door hinge pins.

Simple trimming had to be done to the internal guide slots but this was fairly simple and only required some 5 minutes of my time with a good blade. Do that and the covers snap into place relatively well.

Honestly, I am not sure how much this would help with regards to corrosion but I get it that the logic of having those hinges covered would probably provide some useful environmental 'shield' from some water or rain. In terms of refinement, the overall built of the car would look more presentable, somewhat close to what you could find in higher dollar rides.

Since attention to detail is everything, I was not going to leave this out for a couple of dollars. Another simple and cost effective gold star DIY project to share...
Labels: DIY Editor's Thoughts Hachi-Roku (ハチロク)