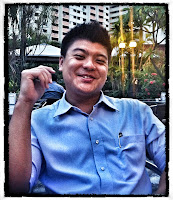 IF you look back, you would have notice that automobile technology has certainly gone a long way and the cars today have evolved so much from the past.

Back then, cars were just simply metal boxes on wheels with simplistic plastic interiors that were no different from toy push cars made by Fisher-Price. In the late 80's, there was the Anti-lock Breaking System (ABS), the talk of the town with many aftermarket ABS kits available to beef up your ride. In the 90's, there was the SRS Airbags. Today, not only is the ABS and Airbags a standard in all vehicles but the cars of today come with more advanced systems like Electronic Breakforce Distribution (EBD), Traction Controls (TRC) and many more that aim to improve drivability. After all, not everyone can handle powerful cars like the Stig!

In 1990, from the land of the rising sun came the Honda NSX, the first all aluminium monocoque production car ever to be sold and for that matter, it was Japan's first supercar. It featured Honda's highly acclaimed 3.0L V6 VTEC engine that puroduced 270bhp, a fairly respected figure then. Today, all that Japanese aluminum goodness has been superseded by the state of the art, limited production LFA from Lexus, a carbon fiber- reinforced polymer supercar that packed some 560 ponies. The latter never fails to amaze me with its high revving engine and 'science fictional' instruments while the former was certainly an iconic supercar of its time. Nevertheless, both of these cars are certainly cars I wished I could have.

However, the true appreciation for cars is not just about owning a fairly fast ride, nor is it about the high-speed thrills, horsepower figures (well some times it is...) and street thrills that most boy racers live to brag about. Instead, it is simply about the passion and pride that one painstakingly puts into detailing, tuning and modifications. Like classic car restorers and collectors, it's all about the mint condition satisfaction. Yes, I'm talking about that obsessive behavior that even your wife hates you for. It's like you never want to part ways, especially at the parking lot. You just have to have that second or sometimes third glance. The shine from the well polished mirror gloss or the view of an over sized caliper housed within the perfected offset of forged wheels. The adrenaline rush experienced is just too addictive and if you get what I am expressing by now as I struggle with the mere limitations of the English language, nothing else needs to be said...