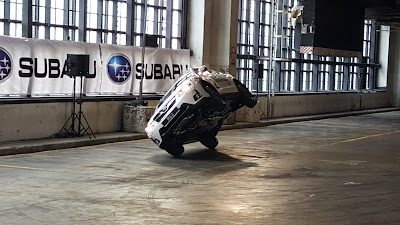 I am not sure how else to start this article but I am not going to lie. The motor shows in Singapore are the mother of all boredom and no matter how 'fantastically' articulated it may seem in the headlines, it's more than often half as 'exciting' as described.

Thankfully, the Singapore Motorshow, has Motor Image (the local agent for Subaru) to thank for saving the day. Although this may have come across to many local motor show goers as an annual standard, the 40 minute precision driving display performed by Russ Swift has always made my ticket price worth the while. 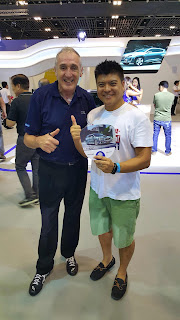 Russ is now 64 and still "kicking ass" doing what he does best behind the wheel. Fortunately for me, I got to meet the man himself and got him to autograph my freebie Subaru fan. Alright, I could have done better but I wasn't prepared for the Motorshow and I just happened to be able to turn up briefly after 'dumping' the kids at a paid indoor playground for an hour.

So if you want to see him drive on 2 wheels with 4 passengers in the Subaru Levorg, do countless donuts in an STI as well as his world record precision parallel parking, buy that S$10 ticket and be entertained.

Yes, there are limited slots available and there were only 4 shows a day when I was there so you got to really be quite lucky to get a seat among the thousands of motor show goers.

Nothing much is needed to be said about the rest of the show because the place is nothing more than a larger automotive showroom filled with sales people who want to make a car sale. Unless you have the intention of buying, I doubt it may excite anyone very much.

Despite the expected disappointment,  I was happy enough to catch a glimpse of the Lexus GS F. The first ever flagship performance based GS mated with the 5.0L V8 found in the RC F. Nicely built with all the standard F-model cabin electronics and clockwork, the newly launched Japanese beast will be out to compete with the better known German rivals.

Hopefully, I will have the opportunity to take it around Sepang International Circuit some time soon. 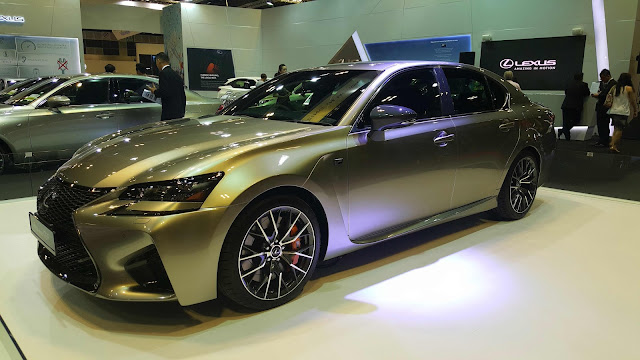