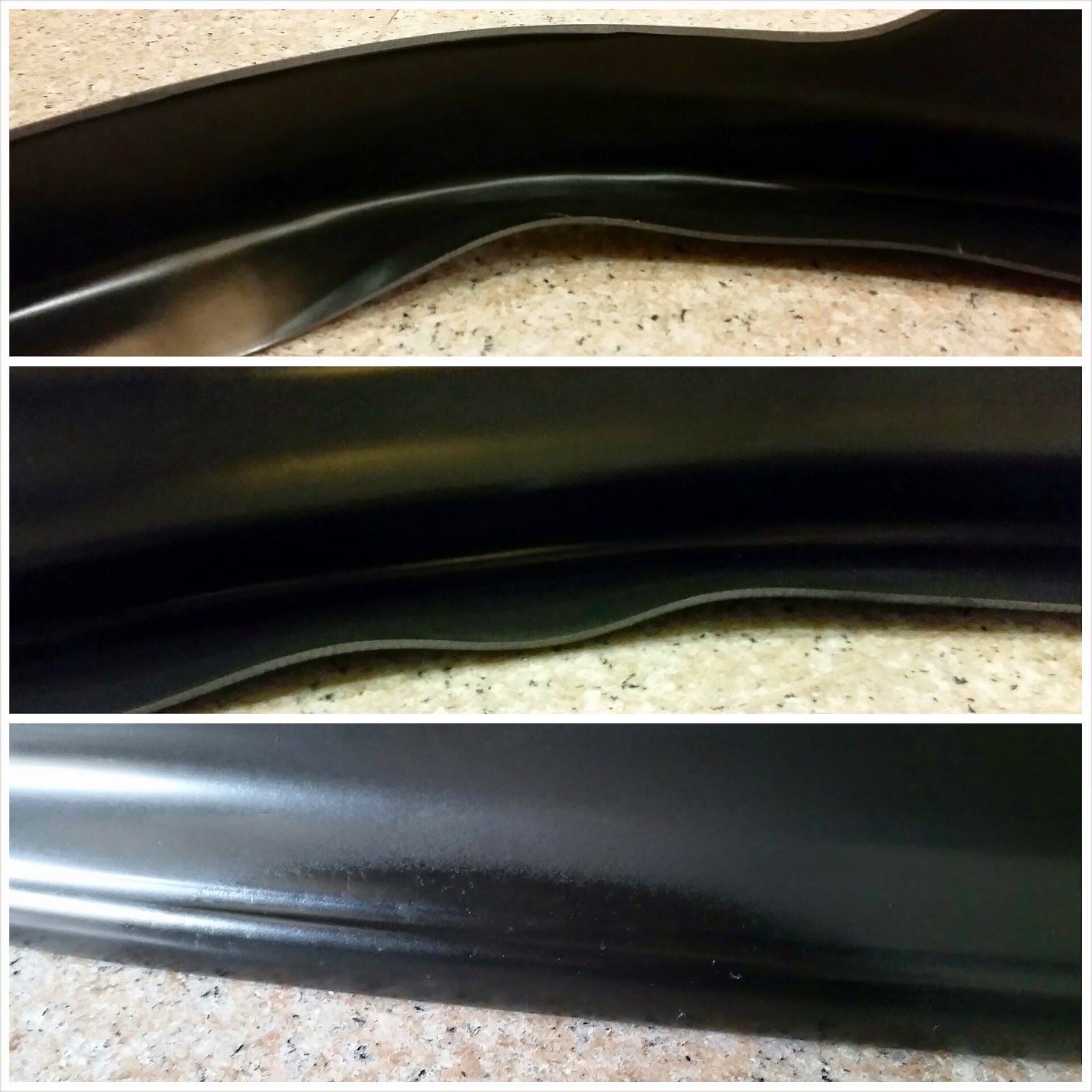 Now the thing about buying stuff from eBay is that you pretty much rely on luck, just like the lottery. The bad news was, my front spoiler lip came warped and it didn't really conform to the factory bumper as claimed. "Perfect Fitment Everytime" as advertised. Yeah right...sold in California, made in Taiwan.

As you could see from the picture on the left, there was also a patch on the surface lip when it arrived. This is clearly a manufacturing defect as the surface finish was not uniformed and more 'polished' at one area.

Yes, I contacted the seller and was advised to leave the lip in the sun for a few hours prior to installation but that may only help with the warp. Shipping the item back would only be added cost involved and not to mention, being held ransom in this buyer-seller tug-of-war ain't going to help, after all it was already paid through the 'magical' piece of plastic they call Visa. Noted that the seller was not the maker of this product (Hence all the online disclaimers) but if the quality control was good, this wouldn't have happened anyway. Instead of calling it quits, I was determined to not put my USD249 investment to waste. 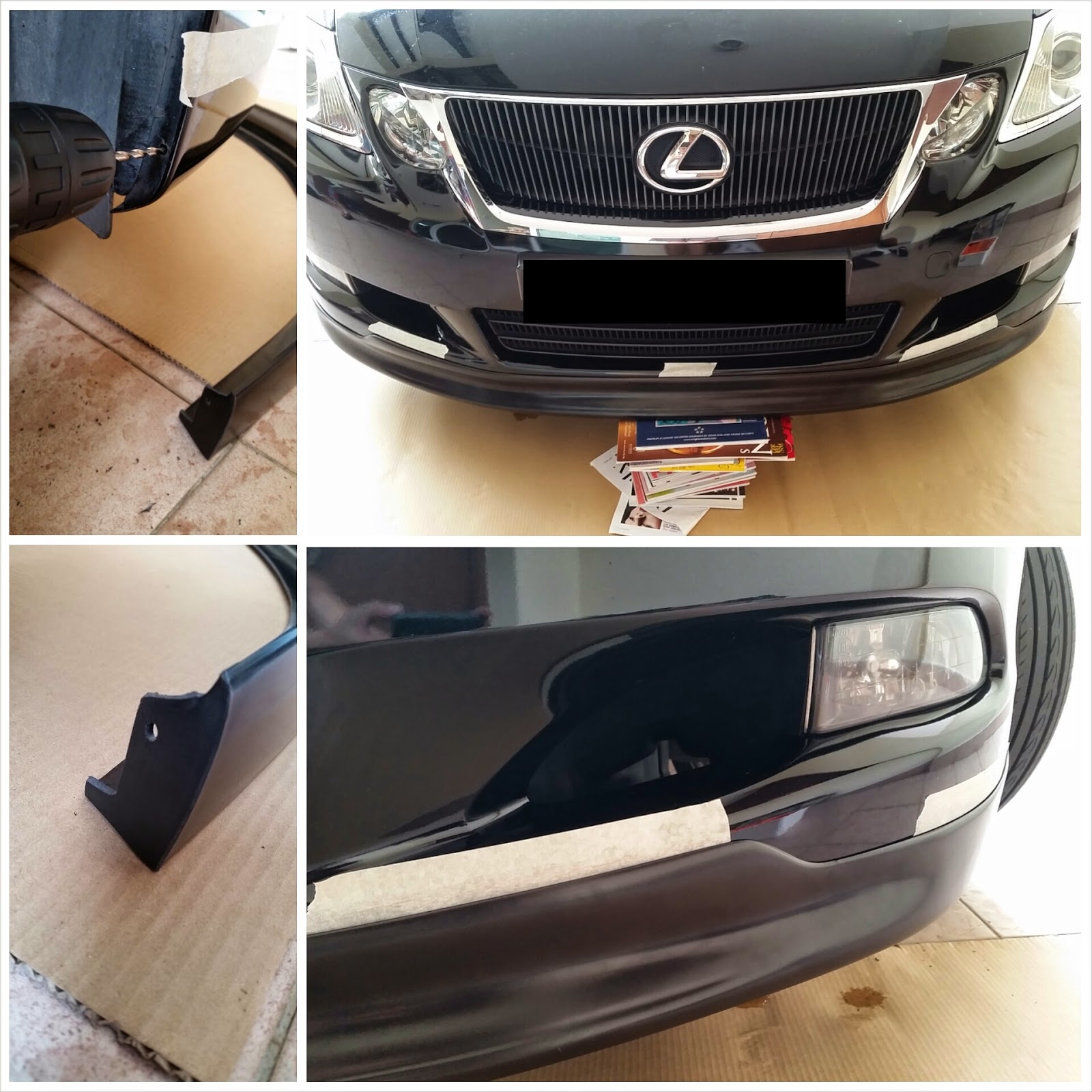 After an hour and the half of heating up the PU lip at the warped areas with a hair dryer, I managed to get it to more or less conform to the factory bumper. After some marking out, drilling of holes for the side mounts I realised that there was no way that I could mount the lip from the underside as the base of the lip was not in contact with the factory bumper. What made it worst was that no high strength adhesive tape (not even the red 3M outdoor ones) would stick to the PU as the surface was way too 'oily'.

I managed to pop two rivets at the side and two screws on the underside at both ends but this proved insufficient as there was no support at the front whatsoever. Lesson learnt, always buy body accessories with factory mountings and online purchases from third party manufacturers (especially non-reputable ones with no brand in sight) will always be a risk. Just unfortunate but the fact remains. Companies like C-West ain't going to sell you crap like this but quality comes with a hefty price tag too. 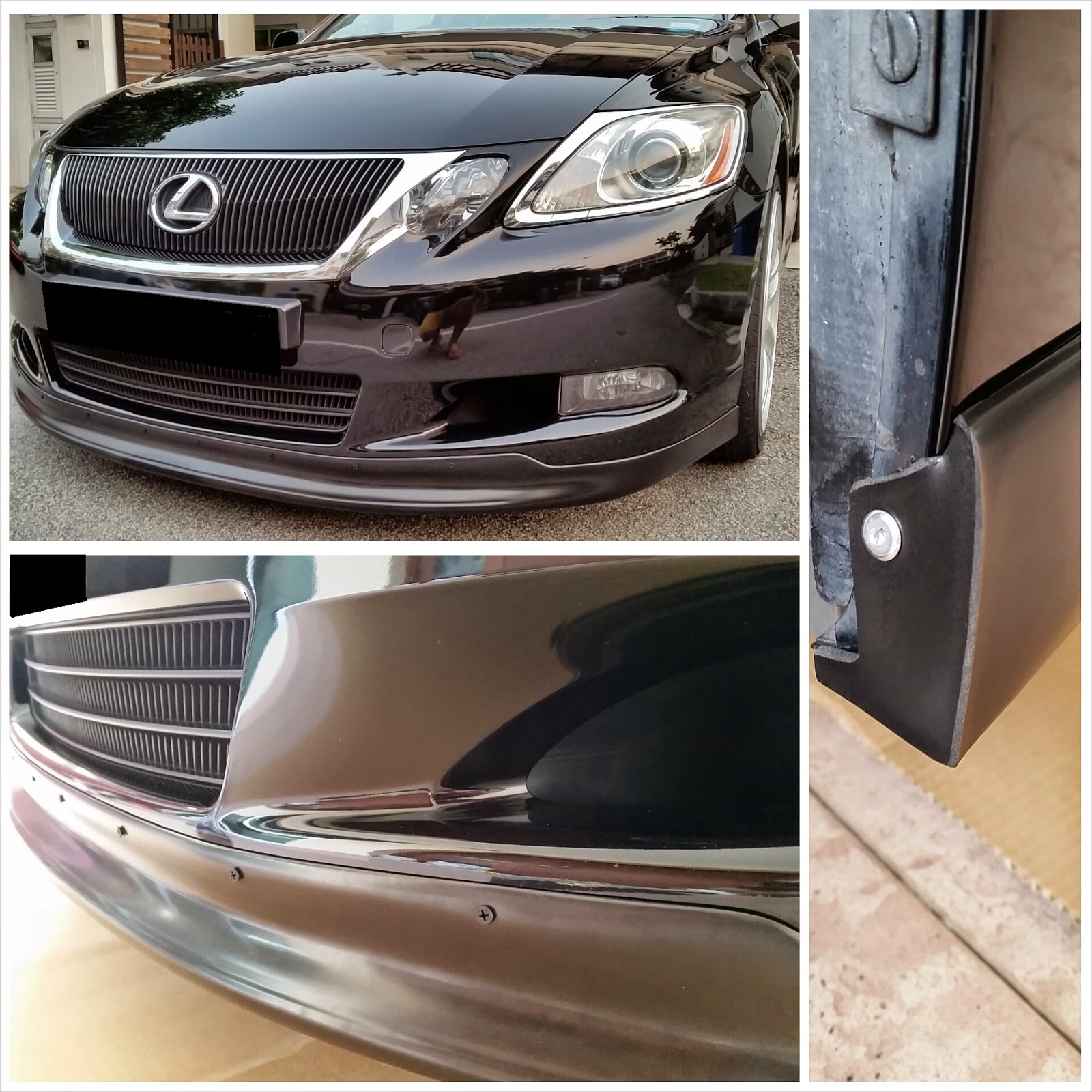 By this time, I was fueled with regret and I was about to scrap the entire project and this whole episode almost didn't materialise.

After some thought, I past the point of no return and mounted the spoiler lip "GT racing style" with the screws exposed in the front.

The good news was, the end result was really 'bad-ass' and the appearance was awesome! The only let down was the surface defect at the middle of the lip that my lovely wife called the 'spoiler' on the spoiler. Laughs... she really has a sense of humour.

In terms of the satisfactory scale, I think I did very well in three whole hours. In the art of perfection, I am scouting around on eBay for a suitable 8-inch decal to mask the surface defect. Extremely no idea if the decals will even stick but I suppose it adds to the fun.