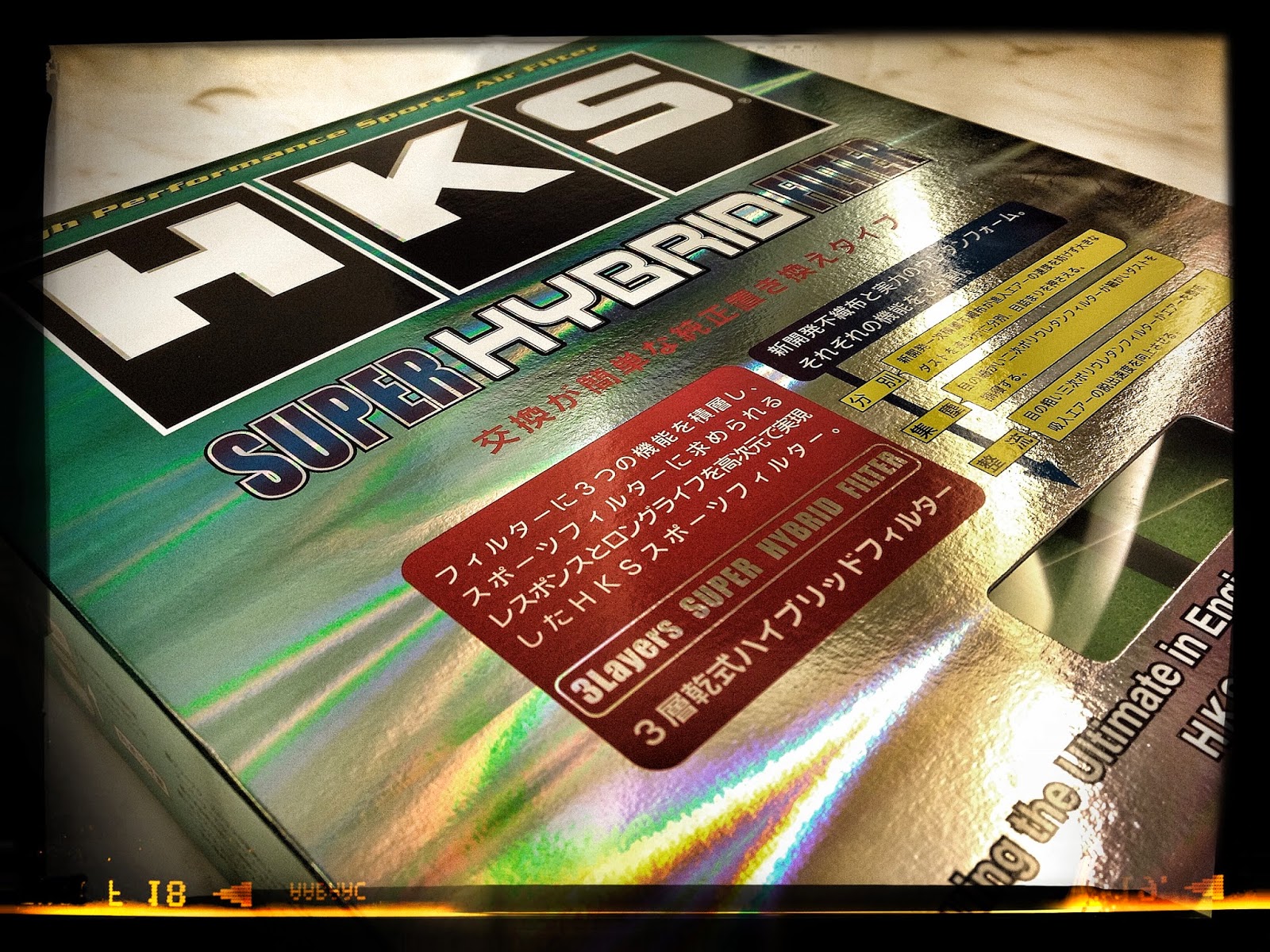 I'm still interested to find out what intake filter element best suit my needs and for the benefit of all who share the same sentiments, here's my point of view.

I purchased the HKS Super Hybrid Filter for S$100 from Garage R and installed it on my own. HKS claims that good flow is achieved without sacrificing filtration. Now, this I will validate some time down the road in the near future but let me pen down how this fair.

The advantage of the HKS Super Hybrid Filter is the replaceable element. This can be purchased off the shelve and cut to size. There is no oiling whatsoever and replacement is so simple that you could have your children to do. Just like any paper cutting project in pre-school, this works to achieve form- fit-function requirement for all makes and models. 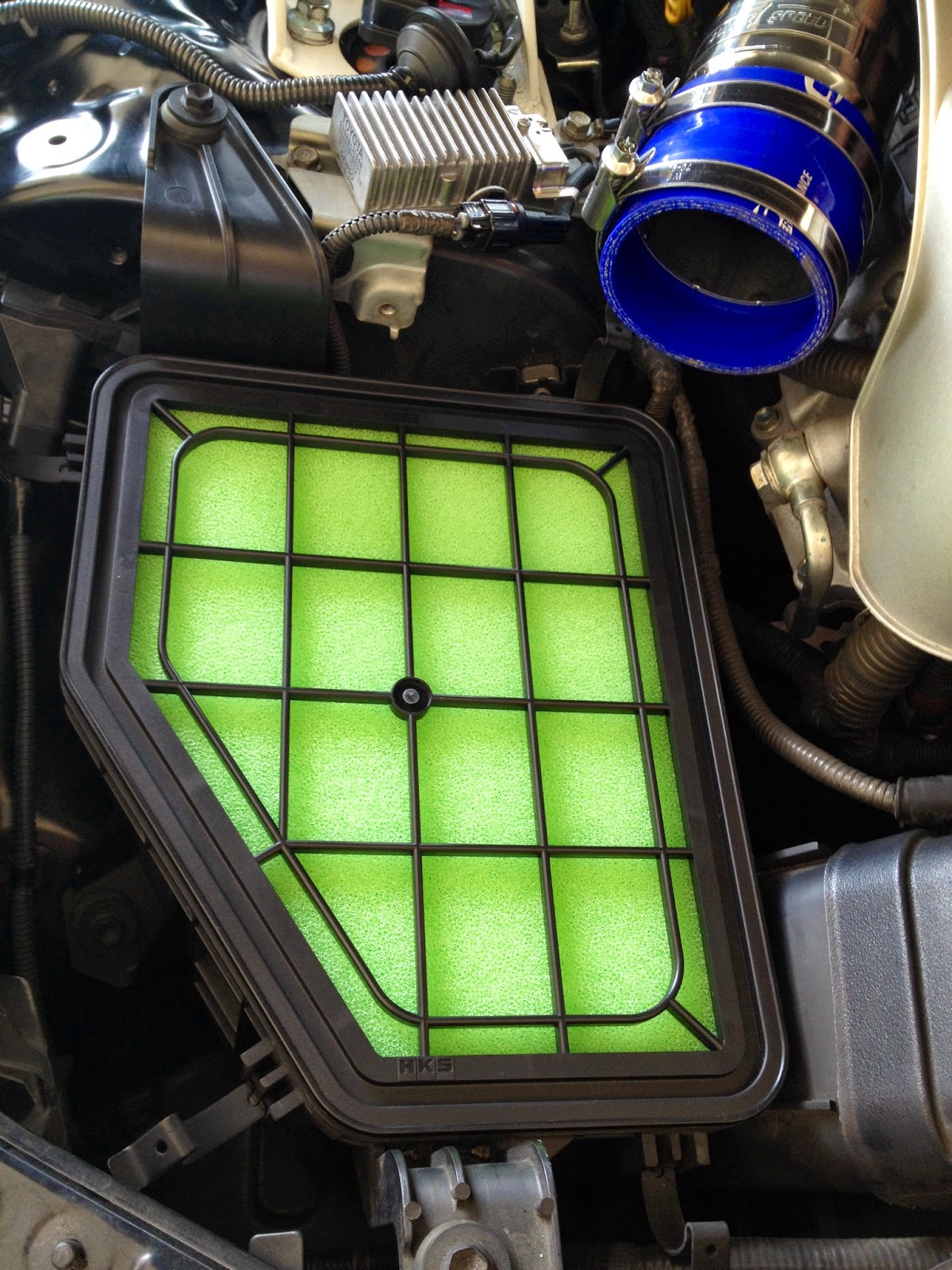 I must say that I did not quite like the plastic frame as it is not as 'rigid' as HKS claimed. And because the frame is plastic, it is hard by nature and it doesn't sit as well in the air box like the silicon surround found in my previous K&N. Needless to say, the whole filter is as light as a feather. This lightweight concept would probably add another few horses to your ride. Kidding...

So much for built quality.

In terms of performance, I noted a slightly better throttle response over the K&N and my V6 pulled to redline effortlessly. Don't get me wrong because if you are expecting an additional 20 ponies, it's going to take more than an air filter.

I've been using the HKS for some 3 months now so here's the bad news. In terms of fuel economy, my fuel consumption has gone up to approximately 8.5km/l which makes this inferior compared to the 9.2km/l achieved with my K&N. My driving habits and routes had been more or less consistent so I can only conclude that you burn more fuel for a little more throttle response. I guess a little more fuel had to be burnt to maintain the air/fuel ratio across the powerband since the induction air speed is not compromised.

Though a little dissapointed with the economy side of the house, the HKS impressed when in came to performance. Thus far, that's the deal. A trade-off between pedal feel and gasoline.

By the way, I thought the green was kind of cool. You could probably fool your spouse into thinking that you bought nothing but a dishwashing sponge.