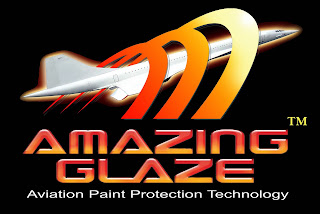 Being a car enthusiast for many years, I am extremely particular about the condition of my car, how it looks and if the paintwork still shines.

Yes, as you know, everyone in the grooming business make all sorts of claims marketing their products but the best reviews would probably be coming from an end user. Hence, I figured that a year seemed timely for a review so I will jump straight in with full honesty.

Just for the record, I do wash my car once a week with occasional application of sealants at intervals of one to two months. With such care, the surface condition of my Lexus is still very smooth since my AG5 treatment in November 2012.

To be honest, it is hard to digest claims that any paint protection product would last a year but I can only say that since my AG5 treatment, I only had one really bad stain from a bird dropping that etched itself into the paintwork of my bonnet (as pictured). This happened in October 2013, just 11 months after the AG5 treatment. 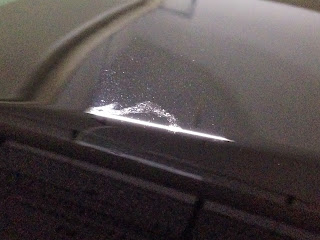 But I must say, that particular bird poop was a really nasty one, and to make matters worst, it baked itself under the sun. And so it seemed, nothing was going to stop that crap from damaging the paintwork. That very moment was a testament that my AG5 was ineffective from that point.

So was that half a grand worth the investment?

Personally, I felt that the AG5 was a good foundation for paint restoration. It gave me that second chance to start a new. This is especially useful if you (like me) did not get your car brand new. However, it is worth noting that subsequent effort to care for the paintwork would still be needed.

I must also add that the workmanship provided by the crew at Amazing Glaze was certainly top notch. A complete personal inspection concluded that here was not a single swirl or hairline or even missed spots when the job was done and such quality workmanship is certainly not easy to find these days.

The downside would be that this paint restoration comes at the expense of the top coat of the paint so I do not recommend that such treatment be done too often. Perhaps once a year would be the most that I would render beneficial.

So does the AG5 actually last a year as claimed?

Frankly, I think this is rather subjective as it depends largely on the conditions your car is subjected to. This includes duration of usage under harsh weather conditions, sheltered or opened-air parking locations and also, the frequency that your car is being washed. All these play a part in the sustainability of the condition of the paintwork.

I stand corrected but from my experience, even self applied sealants and waxes lasts no more that a week or two given our tropical weather and no matter what nano technology is involved, nothing will really 'bond' to a surface long enough, especially when subjected to washing and weather.