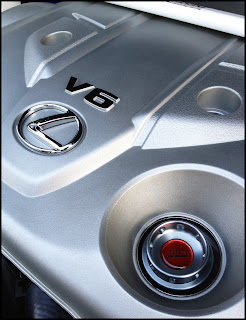 Rule number 1: Never let a bored car crazy person wonder around at the car garage. This was exactly what happened on a lazy Monday afternoon which resulted in me indulging in spending some of my hard earned cash on a billet oil filler cap that does nothing but contribute to the aesthetics of the engine bay.

Yes, there was no additional performance gain or weight reduction benefits. It was pure aesthetics. I must admit that the billet cap, being forged metal and all, conducted heat so well that it would make you think twice touching it with your bare hands after a drive.

So as silly as it sounds, I actually bought something that I really didn't need. If it aids any understanding at all, the box did print "Limited Edition" but I never really noticed it at all. Nevertheless, the oil filler cap was really well made and it looked like it was forged. At least in my opinion, it looks better than the stock plastic oil cap.
Labels: Project Gryphon