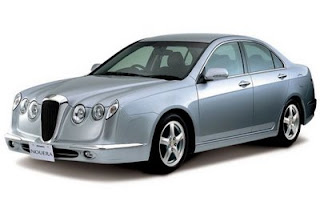 Forgive me but I could not resist talking about the Mitsuoka because I saw one on the road this morning. The Nouera, is actually a Honda Accord Euro that has underwent a cosmetic surgery by the most horrible plastic surgeon in the world, unfortunately. Artistic or exotic as some may claim, this is one really awful looking car.

Honestly, just take a look at it and tell me that it's handsome in anyway? This looks like the work of an artist who simply slapped on some clay onto an Accord only to achieve something that came from Gotham City!

While some of the Mitsuoka designs are quite creative in the classical way, the ones I have seen on the road so far are really awful. There is one other model that was based on a Nissan Cefiro and that was equally disastrous as well. 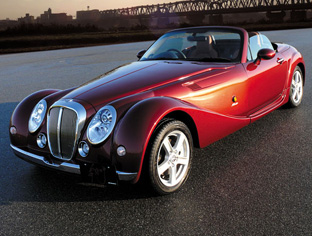 On the other hand the Himiko on the left seems rather pleasant. With some better rims, this could well be a real looker.

I kid you not but the Himiko was actually based on the Mazda MX-5. While the wheelbase has been extensively extended, you cannot miss those Miata mirrors and the doors. Take a look at the interior and you will be convinced.

It is really unfortunate that I have not seen any of these on the roads but the blend is certainly more pleasing to the eyes then what was offered for the Nouera. 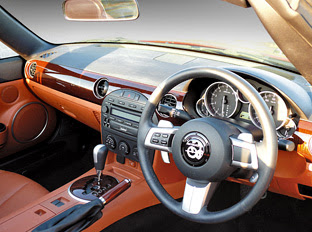 Nevertheless, this would still not be a car that I would put my money on. Perhaps it would be a nice car for weddings and weddings alone for it would really stand out in the pictorials. Apart from that it, it will never appeal to me because classic cars cannot be replicated, especially from an integration like this.

Obviously, I am no car designer but if I was, I would literally rebuild the whole thing like they did for the Beetle and the Mini. Only then will a legendary model be resurrected and accepted by the masses. The Japanese build great cars but the are seriously not the "West Coast Customs" of Asia.
Labels: Editor's Thoughts