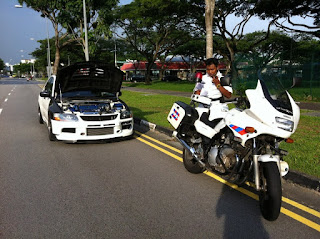 In a news article today, Channel NewsAsia reported that there is a rise in the number of drivers being fined for illegal vehicle license plates.﻿ The Land Transport Authority (LTA) said the monthly figures for drivers found flouting the rules have doubled in nearly two years.

As ridiculous as it seems, the law states that the penalty is a fine of up to S$1,000 or a jail term of up to three months. Honestly, I have not heard of anyone being thrown into jail because of an illegal license plate but having said that, workshop owners told Channel NewsAsia that most drivers do not know that their licence plates were not legal.

As a car enthusiast, I personally feel that ignorance is not an excuse for it is quite the obvious. Most workshops that produce these license plates would often warn you of the non-compliance and the risk involve before installation. While I do agree that we have rather stringent and sometimes too stringent transportation requirements in Singapore, there is no doubt that all motorists are responsible for their own actions.

Although the intent of many car enthusiast are simply harmless with the aim of customising or beautifying their rides, any non-compliance is at the owner's own risk.

For information purposes, I have attached the requirements stated by the Land Transport Authority (LTA) here within. 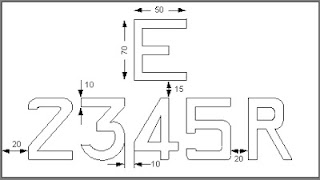 The vehicle licence plate shall meet the following requirements:
Some examples are as follows:

More information can be found on the OneMotoring website at:
http://www.onemotoring.com.sg/publish/onemotoring/en/lta_information_guidelines/buy_a_new_vehicle/vehicle_licence_plate.html﻿
Labels: Editor's Thoughts