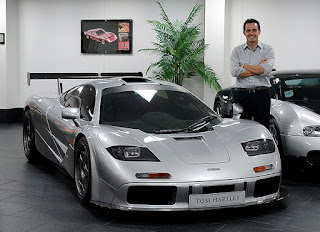 The McLaren F1 have been an iconic collector's edition since its debut in 1993 and have proven to be a highly sort after car by high end car collectors.

The current sale made the F1 the most expensive supercar in the world, priced at 3.5 times that of a brand new Bugatti Veyron.