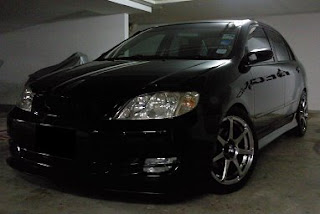 If you must know, I used to drive the 9th Generation Corolla that was more than often known as the G9. Obviously, the original stock platform was certainly no raging machine on the tarmac as it was the common family sedan.

To be perfectly honest, I wanted my ride to be special. A ride that would turn heads and leave an impression, one that was unique and by far really rare. Therefore, while the rest of the boy racer world was going bonkers over rides like the Civic, I decided to do the exact opposite. 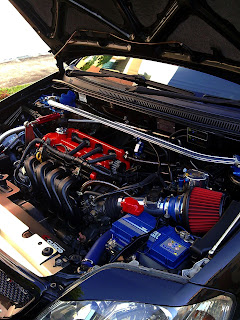 Component sourcing for the G9 was no easy task as there were limited aftermarket products available. Well, at least at this part of the planet that is... Hence, some customisations were often needed.

With much perseverance and strong will, nothing seemed impossible to achieve. To start with, I was deeply obsessed with engine bay 'blings' so much so that I equipped my engine bay with as much chrome as I could possibly could.  With the plastic engine cover removed and the cam cover powder coated red, the 1NZ-FE under the hood looked like something from a drag strip. With matching colours of chrome, blue and red, many have commented that the outcome was certainly pretty impressive.

I kid you not but whenever I head down to the workshop and someone pops the hood, no one would believe that this is actually a Corolla! To begin with, there was the chrome intake, a 4-1 thermal wrapped extractor and customised exhaust that ended with a titanium tip. Then there was the coil-overs, bored throttle body, piggy back ECU, BRIDE seats and more. Looking back, there was just too much that was done and my G9 was far from stock. 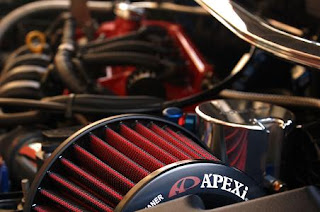 I must admit; and I say this with full respect to the car community. Modifications are silly. One spends a ridiculous amount of time and money only to make it more uncomfortable, less economical, even more expensive to run and noisier than ever before. What's worst is the bass punching audio system costs a bomb and it leaves no space at all in the trunk for even a picnic basket!

Obviously, your ride becomes faster, which means you swallow up the road only to find that you never really reach gear 3 and you top the hit list for speed cameras and highway patrol units. So what is the point in doing this? After all, stringent vehicle regulations only mean that you will never ever pass the annual inspections anyway! 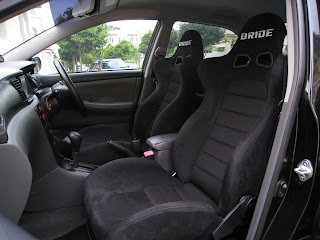 I am really not so sure what fuelled this whole modification episode but I suppose it was about taking pride in what you do. Like an addiction to cocaine, the process just never lets you go. Especially if you had a really clean and great looking engine bay! Perhaps I was inspired by the pictorials from Super Street and Modified magazine. Whatever the reason, I just love tuning.

Beyond words, this is what car crazy people do, because once the tachometer swings past 3600 revs, the engine sings to the music of the valve timings and it just makes you smile.

Unfortunately, all cars have a 10 year lifespan in Singapore and I had little choice but to let my Corolla go. Nevertheless, what will never be lost are the great memories.